Joe told me that he wanted to write this book. He was inspired by my Encyclopedia of Modern Bodybuilding when he was young and he wanted to inspire the next generation. I couldn’t have been happier. 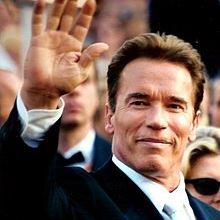 ARNOLD SCHWARZENEGGER
Former Governor of California, world-famous athlete and actor
Joe Manganiello’s picture is next to the definition of ‘fitness’ in Webster’s Dictionary. He is one of the most creative and motivated people I know. You’ll be inspired. 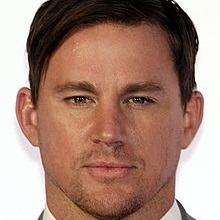 CHANNING TATUM
Star of the Magic Mike films and People’s 2012 Sexiest Man Alive
This book will give you real results. Using simple, easy-to-do routines and dietary recommendations…I was able to put on ten pounds of muscle in one month. Listen to Joe–he won’t let you down! 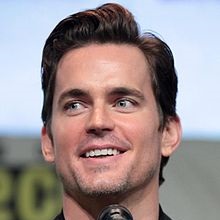 MATT BOMER
2015 Golden Globes winner for The Normal Heart
If you want to know whether or not Joe Manganiello understands the mechanics of health and fitness, JUST LOOK AT HIM. Okay, stop staring. Now you’re being creepy. 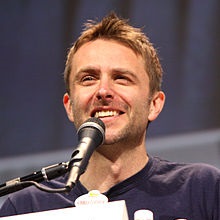 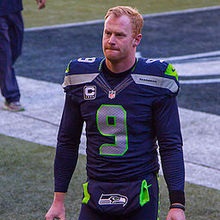 The cutting edge gym routine to build the body you’ve always wanted. Follow the exact fitness plan that deemed Joe Manganiello one of Men’s Health’s 100 Fittest Men of All Time and got him shredded for his role on HBO’s True Blood. This app will provide you the step by step guide to track your entire year of workouts while being coached through video tutorials on proper form by one of Hollywood’s top personal trainers and CrossFit Games champion, Ron Mathews with the exercises demonstrated by Joe himself.

“I’m going to need you to accept nothing less than your best effort. You owe it to yourself to know, once and for all, how far you can go. It’s time to EVOLVE” ~Joe Manganiello

Give the gift of fitness!

JOE MANGANIELLO is an actor, producer, director and author best known for his roles in HBO’s True Blood, Steven Soderbergh’s Magic Mike and Magic Mike XXL, Sam Raimi’s Spider-Man, and Sabotage with Arnold Schwarzenegger. He will next be seen fighting giant monsters with Dwayne “The Rock” Johnson in the upcoming Rampage, and fighting against the Justice League as the Super Villain Deathstroke in the DCEU.

His discipline and ability to alter his physique for his roles has resulted in him holding the record for most Men’s Health covers ever as well as being named one of their “100 Fittest Men of All Time.” He is also one of the only actors to have been featured on the cover of renowned body building magazine Muscle & Fitness multiple times. His international, best selling, body building covers and media have spanned the globe and his self help/fitness book Evolution, (with forward by Arnold Schwarzenegger) is now available in hardcover, paperback, e-book, US, UK/Australian, German, and Russian. Follow him on Instagram and Twitter at: @joemanganiello

RON MATHEWS is an internationally renowned fitness expert and CrossFit Games Masters Champion who has spent more than 15 years sculpting the physiques of actors, entertainers, producers, executives and athletes alike.

Widely considered one of the most sought after trainers in Hollywood, his no-nonsense training techniques have helped hundreds of clients to dramatically transform their bodies for various projects, including film, television, cover shoots, and fashion shows. His dynamic fitness methods have captured the attention of Tinseltown’s elite, the likes of Hugh Jackman (X-Men, The Tourist), Jennifer Garner (Daredevil, Alias), Joe Manganiello (True blood, Magic Mike), and Eva Mendez (Too Fast Too Furious, Revlon Cover Model).

Currently, Ron is a co-owner of Reebok CrossFit LAB, a 10,000 sq. ft. CrossFit, Endurance and Personal Training facility located in the heart of West Hollywood.

Looking at vaction photos. This year on the left. A couple years ago on the right. #Evolution works. Thanks @JoeManganiello #3:59 pic.twitter.com/YXd3GUrMq8
— Ronald Gmys (@GmysRonald) July 11, 2017

@JoeManganiello I’m still in shock seeing you show up on Critical Role I bought Evolution a couple years ago and just recently cracked down!
— Anthony Presti (@Anthony6656) October 9, 2017

What about diet and nutrition?

Diet and nutrition are essential to your personal evolution and obtaining your ideal physique.

We encourage everyone who is a part of the EVOLUTION 3:59 community to begin their own investigation deeper into their diet and nutrition and we recommend starting with these two diets we have seen yield incredible results.

For a more advanced understanding of your own body, we highly recommend looking at your blood work with PRECISION FOOD WORKS www.precisionfoodworks.com

Lastly, If you haven’t already READ JOE’S BOOK: EVOLUTION — do so NOW and get some diet tips and a greater understanding of the mindset it takes to truly EVOLVE.

How can women modify the workout?

For women who are following the program, you are of course free to follow the programming as written. Here is a quick but very effective alternative to each workout: Lower the weight 1 tier (heavy to moderate or moderate to light), decrease the rest interval to 30 seconds and increase the times through each couplet or triplet by 2. For example, if you see 4 times through DB Bench Press and Curls you would go through 6 times instead with 30 seconds rest between sets. The timer goes to 1 minute, so you will have to switch back to the working screen at 30 seconds, or use a different timer. -Ron

How do I sign up and use the app?

Check out our Knowledge Base for instructions on how to sign up and use the app.

How do I cancel my subscription?

Use any of the following methods:

Use any of the following methods:

How important are SuperSets?

Supersets are a very important and most often the piece of the training puzzle missed in intensity. Lifting for a set and then taking a rest will give you some results, but I have found that the body plateaus thus needing a much higher level of training skill and a much higher emphasis on the diet. There are professional body builders who thrive in this circumstance but I find it to be prohibitively difficult for those of us who are just recreational lifters looking for great results. -Ron

What if the machine I need keeps getting taken during my Superset?

Remember, you can substitute different versions of an exercise, i.e., Bench Press and EZ Bar Preacher curls. You keep losing your bench when you jump over to the curl machine. Just substitute a concentration curl or other dumbbell option with the bench and do them in the same place and come back to the EZ bar curl later. -Ron

Can I do this program on a cut?

Absolutely! Just make sure that you keep the weights and the intensity as high as possible to maintain muscle mass during the cut. -Ron

What about body weight exercises?

Since all of us have different bodies and different anatomical structures and levers, bodyweight exercises will vary in intensity for each individual. That being said, I cannot stress enough their importance. ALL of us must move through this world in our bodies. You may be working on changing the proportions of your body through training but that doesn’t change the fact that you will still have to be proficient at basic functional movement like getting out of bed, picking up items off of the floor, sitting, standing, climbing stairs etc…  Therefore, using your body as resistance will always give you multiple benefits to both your training and you life. In the Evolution 359 workout, you may have to modify these body weight movements. If you are very light, you may want to add a weighted vest or hold a dumbbell when you do body weight squats. If you are heavy you may have to scale your pushups either to your knees or place your hands on a bench (or something higher) to make them easier. Don’t skip them! -Ron

The services and information on this site are for informational purposes only and do not constitute medical advice or a recommendation for your specific condition or situation. Consult your physician before you begin any exercise, nutrition, diet, or weight loss program or other change in your lifestyle.